Looking with your nose |

what dogs can smell and more

Dogs have a super nose! They smell phenomenally well and live in a world of scents, which is sometimes difficult for us to understand.

We look and talk quite a bit, but a dog mainly looks with his nose. As much as a third of his brain (compared to 5 percent of our brain) is designed to process different kinds of odor. We as human beings actually don’t need to have such a well developed nose anymore, as we can use the nose of our four-legged friends to help us!

Dogs need their noses to find food. They also communicate with each other via odor and can, for example, read a lot from the scent profile of urine of other dogs. We have Facebook and e-mail, your dog uses Nosebook and peemail! Sometimes dogs are ugly to each other before they have ever seen each other, simply because they already know each other through the exchange of each other’s odors.

Dogs can amongst each other smell how they feel and whether they are sick or not. This, not only towards each other, but dogs can also detect your state of mind and even a variety of diseases in people. They smell (stress) hormones and therefore “know” whether we are afraid or pregnant, or detect signals in increase or decrease in the blood sugar levels in our blood. There are special diabetic dogs that have been trained to warn of steep changes in blood sugar levels.

The nose of dogs is used to detect among others:

To be most effective, dogs look for places where most of body substances are released and therefore with the strongest odor signature. That is why they often smell under each other’s tail, and with us as humans often near crotch, buttocks, armpits and mouth. Do you find this uncomfortable or annoying? As an alternative, offer the dog your hand to smell.

Compared to us, dogs are truly smelling champions. We have to do with about 5 million olfactory cells (cells that allow you to distinguish different kind of smells), but a dog has between 125 and 300 million. Do you smell that someone in the same room has a nice smell? A dog can track down the same person in a packed stadium! And where you only smell apple pie or sayur asem, a dog can distinguish the separate ingredients.

Dogs can smell stereo and absorb odors with each nostril. The round nostril with a “wing” behind it, ensures an ingenious air circulation. They also have a special organ in their mouth with which they “taste” odors. This is the vomeronasal organ or the organ of Jacobson. If you see a dog chattering his teeth, it usually indicates the dog using this organ of Jacobson. By the way, not all dogs smell equally well: long-nosed dogs can do that better than short-nosed dogs.

A dog’s nose is always slightly damp. Their wet nose allows them to better absorb odors. A lot of smelling can cause the nasal mucosa to dry out, causing a dog to smell less well. Sniffing makes you thirsty. If you smell a scent for a long time, you start to smell it less well. To be able to continue following a scent trail, a dog must therefore occasionally get off the track to get a breath of fresh air.

Did you know that the vertical slit that runs between your dog’s nostrils and upper lip is officially called the filtrum? It plays a role in keeping your four-legged friend’s nose moist so he can smell better.

Dogs can tell by their nose. We see that it gets dark outside, dogs notice that time passes because odors become less strong. Or even stronger, for example when we return home.

Is your dog’s nose lighter in winter too? We call this a winter nose or switch nose (in Dutch they say ‘wisselneus’). The fact that a lighter stripe appears on the nose has to do with a substance called tyrosinase. Tyrosinase plays a role in the production of pigment (dye) and works less well at colder temperatures, like in winter.

If you use your nose a bit more, you will notice that there is not only much to hear and see, but at least as much to smell. With a little practice, you can even smell if the driver in a passing car is smoking or not! At least, it definitely gives you better understanding of your dog.

There is a story of a dog who for some inexplicable reason liked some men and others not. Until it became clear he once was kicked by the pizza delivery boy. All the men he didn’t like turned out to have eaten pizza and the dog could still smell it… Mind you! In any case, it indicates that we should not underestimate how important scents are to your four-legged friend. 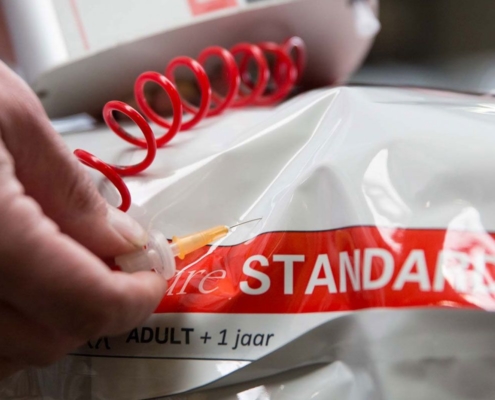 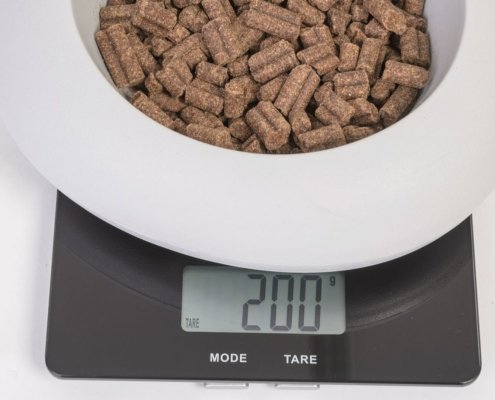 14 tips to raise and care for your kitten

Caring for and raising your puppy
Scroll to top